It’s the Singer not the Song 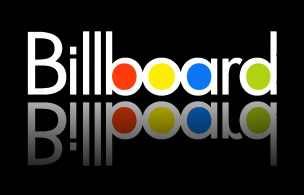 A Musical Introduction To Nurturing Children

It was in 1973 that Dolly Parton wrote a song about ending a troubled romantic relationship. The quality of the message in that song registered with many fans, and as a result, that song took her to the top of the Country Music charts and earned her a handsome sum of cash.

In 1975 Linda Ronstadt released her version of this same song with moderate success. Parton re-recorded the song in 1982 for inclusion on a sound track for the film version of a Broadway musical. Again it did well on the country charts but still didn’t gain much response on the pop charts. Then it happened. In 1992 a singer making her acting debut included this song in the soundtrack to the movie “The Bodyguard”.

Affiliate link to The Bodyguard soundtrack.

This song spent 14 weeks at the top of the US Billboard Hot 100 and set an industry record in the process. It is the longest running number one single from a soundtrack album. It sold approximately 400,000 copies in its second week at the top, making it the best-selling song in a single week. This song went on to peak at number one for almost every country around the world. The song was titled “I Will Always Love You” and the singer was Whitney Houston.

This goes to show that quality lyrics and a pleasing melody are important. However, the song is nowhere near as important as the singer.

Our kids are the song. We are the singer. The environment we create around them is how well we sing that song. Stay with me here.

We do the best that we can to nurture our kids. That effort helps them to grow. Dolly Parton wrote and performed “I Will Always Love You.” She gave it life and launched it into the world. It took hold and touched a number of people. Linda Ronstadt nurtured the song a bit more. It then reached more people. Then comes Whitney. You know the rest of the story.

In the same way, we do the best that we can to help our kids to grow and be a blessing to the world. Sometimes our kids grow to amazing heights under our direct guidance. Think Tiger and Earl Woods, or Beyonce and Matthew Knowles. As parents, we savor the idea of being intimately involved in helping our kids to reach their full potential.

Other times we hand them off to the next person to help our kids develop into their full potential. Reality has it that most of the time this is the case. We must be content to leave them prayerfully into the hands of others. It may be a mentor, a coach, a spouse. It might be military, college, or trade school. From there, another continues to nurture what we began.

Under the hand of someone else, our children continue to grow. What lies dearest to our hearts is to know that they are well even though the singer that is launching our children further into the grand stage of life is not me. Not you. The mere fact that they are on their own and being a positive force in the world is reward enough.

I’m a grandparent now. So my charge to those of you who still have young ones in the home is this. Cherish the time that you have. It will pass all too quickly. Use those days, weeks and years to teach, train and guide them into the fabulous people of influence that they can be. Use drive time to talk with them. Use meals and your personal example to share values and goals. Use every tool at your disposal to craft the most beautiful sounding work of art that you can and then launch her or him into this great big world.

The rewards will come back to you. Dolly Parton gets royalties.

Time For My Plug

Of the variety artists out there that perform for children, I obviously prefer Magicians. Anyone can buy a trick at a magic shop and read the manufacturer’s instructions on how to present the trick. That does not make a magician. Some even practice a little before they try to perform. That makes them better, but not by much. Fooling people with a collection of tricks might make you a magician, but that’s not enough.

It’s not enough for birthdays: those few precious times in a child’s life when you really want to make a super special memory for them. No. Those few chances that we have to get it right are too precious to risk. Do not make the mistake of hiring someone who has not worked hard enough and long enough to rise from the level of someone with a side hustle, to someone at the level of a professional entertainer. Clown, magician,  juggler, balloon artist… doesn’t matter.

So how do you know who to hire for these significant moments in your child’s life? Start by reading reviews. People talk. Ask around. If you take just 10 minutes to scan the results of a quick web search for your town, you’ll get a sense of who’s who. There are many that wear the title of “Magician.” There are few who have earned the status of a true professional children’s entertainer. Hire the best. The memories will be worth it.

What memories, good or othewise, do you have of having seen magic performed? Silly old uncle at family reunions? School magic show when you were a kid? Magician on a cruise ship?  Let us know in the comments below.